The Mobile World Congress (MWC) will open its 6th edition in Barcelona today. It is expected that up to 55,000 people will attend this year’s event between today and Thursday.

Professionals from around 200 countries will attend this year’s congress – over half of them will be high level company directors. There will also be official representatives from 110 countries which is 30% more than last year. The event is expected to generate around 225 million euros for the city of Barcelona.

The MWC will take place in the Montjuic de Fira in Barcelona and will take up more space in pavillion number 6 as well as occupying a larger area outside with more than 1,300 stands including one representing Google. There will be 67 stands representing Spanish companies out of which 35 are from Catalonia.

There will be over 250 speakers from all over the world covering subjects ranging from new mobile technology, improvements in technology such as wireless connection, health, sales and applications for mobiles.

It is expected that around 10,000 people will attend the meetings on applications at which there will be over 200 companies participating and speeches from 12 companies explaining their experience in the development of applications.

There will be 26 awards divided into 10 categories. The British singer Duffy will sing at the awards ceremony and also the party celebrating the opening of the congress.

The organizer of the event – GSMA – has predicted that hotel prices which have been agreed with the Barcelona Hotel Association will be the same as those for the event last year or even slightly lower in some cases.

The Barcelona Hotel Association predicts that 95% of its hotels will be fully occupied which is 5% more than last year – out of a total of 31,000 rooms 21,000 will be available to people attending the congress.

In reply to claims that some hotels have taken advantage of the situation to raise their prices excessively the Barcelona Hotel Association has insisted that they have provided an adequate number of rooms within the package agreed with the organizers of the MWC and that hotels are free to decide their own charges for rooms which have not been included in the package. 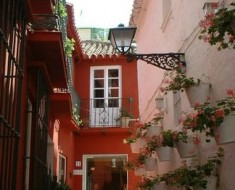