This lively and very beautiful city is built on fourteen islands, part of one of the biggest archipelagos in the Baltic Sea consisting of about 24,000 islands and islets. Approaching it from the North Sea as I did many years ago is to see one of the loveliest scenes imaginable. This of course is the capital of Sweden, and a fifth of the country’s population live here. The city has attracted immigrants from all over the world, and they comprise some 15% of the population. The Old Town is particularly spectacular located on the original small islands of the earliest settlements and still featuring the medieval street layout. Walking around the city’s waterways and parks is a glorious way to spend a week-long stretch of European summer, claims the Lonely Planet website. But be warned, it can be very cold in the winter!

It is more than fifty years since I made this my first visit to a foreign city and I have vivid memories of the impressive town centre, especially the magnificent City Hall designed by the architect Ragnar Ostberg and which took twelve years to build.

In the latter quarter of the twentieth century many historical buildings were torn down, and replaced with modern architecture inspired by medieval and renaissance styles, though some of the old town still remains.

In 1988 the city was deservedly designated as the European City of Culture, for there are some fine museums here, over 70 of them, visited each year by as many as 9M people. Dating back to the sixteenth century, the National Museum is the most famous and has a vast collection of paintings and art handicraft. Other museums worth seeing are The Museum of Modern Art, the City and Nordic Museums and the open air museum of Skansen, the first of its kind.

Every year since 1901 the Nobel Prize for achievements in physics, chemistry, physiology or medicine, literature and for peace, has been awarded in Stockholm.

Alfred Noble was a renaissance man of his day. The inventor of dynamite, he founded 90 factories in 20 different countries. Victor Hugo called him Europe’s richest vagabond. Despite his chemical and industrial interests, he was committed to social and peace-related issues and wrote poetry and plays. The awarding of the Nobel prizes for which he left his fortune, reflect those interests. 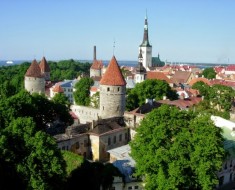