Founded in A.D. 71, the city has a rich history, being the site of settlements of the Brigantes and Pasisii tribes before the Roman invasion, when a military fortress was built which at onetime was occupied by as many as 6,000 soldiers. Various Roman Emperors held court in York during their English campaigns and Constantine the Great was proclaimed Emperor there in 306 AD. In the seventh century York was the chief city of the Anglo-Saxon King Edwin of Northumbria and during his reign the first church (or ‘minster’ )was built. Anglo-Saxon York lasted 450 years, and during that time, the English scholar Alcuin (735-804), made it into a centre of learning famous throughout the Christian world. In 866 the Vikings overran the city, and called their new possession, Jorvik.

The Jorvik Viking Centre is now one of the major attractions for visitors to York. Based on archeological evidence unearthed by the York Trust, an immense treasury of artefacts were found in an area of moist spongy ground which had preserved them for a thousand years.

The actual Viking-Age streets which once stood on this site have been reconstructed and the houses and shops are laid out in exactly the same pattern as they were in 975, and even the faces of the people have been reconstructed from Viking skulls. It’s all a bit commercialised to me, but even so gives a fascinating glimpse into a way of life that is more than the usual picture of the Vikings as pillaging invaders.

But the jewel of the city is the Minster, one of the very finest of European Cathedrals and the largest gothic cathedral in N. Europe. There was a Christian presence here from 300, but the present building was begun in 1215 and as finally completed was consecrated in 1472. Its lofty splendour is enhanced by some beautiful stained glass windows, said to be the largest expanse of medieval stained glass in the world.

The Rose Window is a particular delight. This is a wonderful place to visit and be still, whether you are a person of faith or not.

The old part of the city is of interest but very congested, and visitors are well advised to park outside the city boundary and use the park and drive facilities. This city, proud of being in the north and a focus for Yorkshire loyalists, is a ‘must’ for people wanting to get the sense and feel of northern England. But try to make sure you don’t visit when the easterly winds are blowing, introducing a Siberian chill to the old cobbled streets. That happened once when we were entertaining Spanish friends. It was not a good introduction to an important part of Britain! 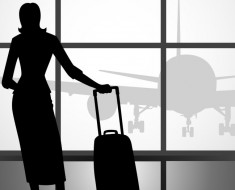