Cambridge (granted city status only in 1951) is of course famous for its university, the second oldest in the English speaking world. About one fifth of the city’s population of over 100,000 are students, the townspeople breathing a sigh of relief no doubt when the university is ‘down’. Established by scholars from Oxford who were being badly treated by the local citizens, the University was founded in 1209. Its origin is ironical because both towns have enjoyed a keen rivalry over the years, despite a association in people’s minds so strong, that the two are often referred to as ‘Oxbridge’. The University consists of a series of colleges endowed by various individuals and trusts throughout its history and most of which have their own chapels and strong cultural links with the Church of England. Many of the buildings, gathered around a grass rectangle, are very beautiful, the most famous being St.John’s College, where every year a Festival of Christmas Carols is broadcast around the world.

But Cambridge is also a centre of research and high tech industry and the several businesses situated in and around the town are often referred to as Silicon Fen. The world famous Cavendish Laboratory has been in existence in Cambridge for a hundred years and of the many luminaries who have taught there, the name of Ernest Rutherford stands out. Awarded the Nobel Prize for Chemistry in 1908 he was responsible for the discovery of the atom as a miniature universe in which the mass is concentrated in the nucleus surrounded by planetary electrons. The Laboratory continues to make a major contribution to nuclear physics.

There are several museums in the city, for me the most notable being The Fitzwilliam founded in 1816. Housed in a most beautiful building, here there are world-class examples of art and antiquities spanning centuries and civilisations.

Highlights include antiquities from Egypt, Sudan, the Ancient Near East, Greece, Rome and Cyprus, English and European pottery and glass, and paintings and drawings by Domenico Veneziano, Leonardo da Vinci, Titian, Rembrandt, Rubens and Van Dyck. Outstanding works by great British artists include those by Stubbs, Gainsborough, Reynolds and Constable and there is a fine collection of twentieth century art.

The city also has a number of theological colleges for training clergy for ordination into a number of denominations, with affiliations to both the University of Cambridge and the Anglia Ruskin University. I stayed in one such college for ten weeks during a sabbatical in the 1980’s, and greatly enjoyed pretending to be a mature student in this lovely, lively city. 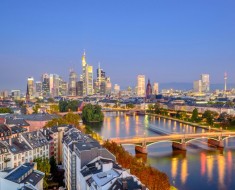