I have an elderly friend who I visit sometimes. He is a musical enthusiast and when I phone him to see if it’s convenient to call, there is usually a background of orchestral sound. I asked him last week who was his favourite composer and with a warm almost conspiriatorial smile he said, ‘Beethoven’.  A classicist, I thought. But then to confound my labelling he went on to include Shostakovich as another favourite, identifying which of the fifteen symphonies he liked most. He would have approved Tuesday’s all Beethoven concert in Bristol. 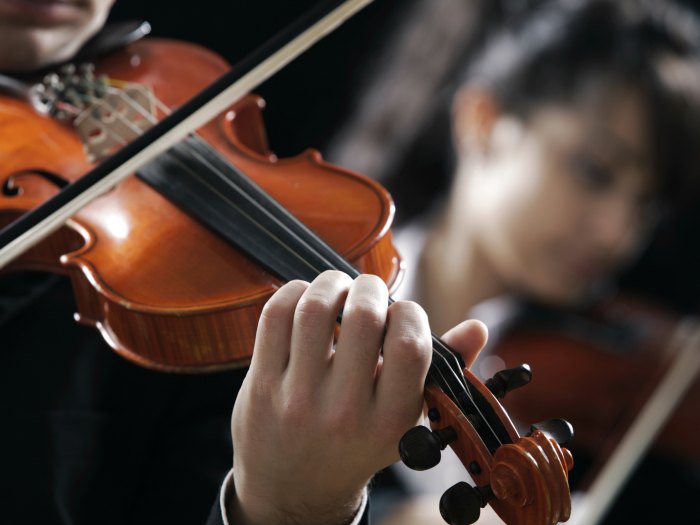 The Vienna Tonkunstler Orchestra is on a whirlwind tour of the U.

K. – I worked out that is was something like seven concerts in eight days. (How do they do it?!)There was no sign of fatigue as they were conducted by the energetic Andres Orozco-Estrada. There was an unusually large audience and I wondered why? Was it the word ‘Vienna’, or that the composer was a favourite as for my friend, or perhaps that because the concert was sponsored by a Bristol based firm, they had liberally showered clients with free tickets? There were more young people than usual, but I wished the same support was given to the Bournemouth Symphony, effectively our own local orchestra.

Beethoven’s sixth symphony opened the concert and it was beautifully played, but the event of the evening for me was the fourth piano concerto which followed. I think it’s a wonderful work, anyway, with its mixture of passion and beauty and its unexpectedness: Beethoven at the peak of his originality and inventiveness.

Barry Douglas was the soloist and he was absolute master of his craft. Powerful in the cadenza of the first movement (who was it by? – the Colston Hall programme was as usual short on such information), he is at present recording all of Brahms piano compositions.  But here when it was required, he played with the utmost sensitivity – the dialogue between orchestra and soloist in the second movement was sheer delight, and I wanted it to go on for ever, but I have been hearing it in my memory ever since!

I was interested in the layout of the orchestra, the strings at least, which was all I could see of the orchestra from our seats behind them. The first and second violins were to the left of the conductor as usual but to his right were the violas, cellos and double bass

I didn’t stay for the other symphony – the fifth.

I felt I had had my fill of good things for one evening.