During this long tedious winter I have been privileged to attend three excellent concerts, two in nearby Bristol and one in Liverpool. I am no music critic and therefore can’t make an informed comparison of the performances, but derived much pleasure from each of them. The Philharmonia Orchestra makes an appearance in Bristol most seasons. This concert was conducted by Vladimir Ashkenazy, its Conductor Laureate – a musician for whom I have the greatest respect – his no-nonsense approach to the art of conducting very different from the celebrity style of some of his compatriots. He accompanied Steven Isserliss in Elgar’s Cello Concerto, orchestra and soloist in complete accord; a quite beautiful performance, tender and passionate as befits this work of the composer’s later years. Sadly because of not feeling well, I was unable to stay for the evening’s main work – Tchaikovsky’s Manfred Symphony – but enjoyed my recording (Naxos 8.570568) as consolation!

It was Tchaikovsky again at Bristol’s Colston Hall earlier this month, the Fifth Symphony played by the Bournemouth Symphony Orchestra under the Ukrainian Kirill Karabits, now in his second year as their principal conductor.

The collaboration is clearly working well. It was a full blooded and superbly rehearsed performance, the last movement a tour d’force which brought the house down. Earlier they accompanied the Polish pianist Peter Jabionski in Scriabin’s Piano Concerto, a work for which I have great affection but which I think is rarely played. It was well done, but I enjoyed the fabulous encore that followed – perhaps one of the composer’s many brief preludes, almost as much. (I play my recording of the concerto often, Nikolai Demidenko is the pianist on the Hyperion label.)

Liverpool’s Royal Philharmonic Orchestra has the advantage of being a local orchestra and performing in their own hall, which has an excellent acoustic.

The Manfred disc mentioned above is one of their recent achievements, recorded in the same venue. It seems as if the orchestra can rely on an enthusiastic and loyal audience. It was an unusual programme – Hindemith, Bartok and Rachmaninoff, under the headline of ‘Brave New World’. (It also provided an excellent programme which is not true of Bristol, which has more advertisements than musical notes and no reference to future concerts!). The orchestra produce a wonderful sound and under their Russian conductor, Vasily Petrenko, can lay claim to performances of an international standard. It was a superb evening. 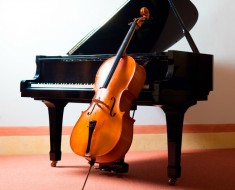 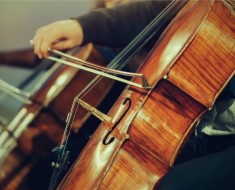