Two concerts in the last few days, from two hard working orchestras. The Warsaw Philharmonic were in Bristol as part of their current European tour. I have several CD’s of music conducted by their Artistic Director Antoni Wit, recorded when he was in charge of the Polish National Radio Symphony Orchestra. It was an interesting programme and I was particularly impressed with Sinfonia Rustica by Andrzej Panufnik (1914-1991) which opened the evening. It is well named, spiky music with local Polish tunes and rhythms woven into a tight unrelaxed but fascinating whole, and played with great commitment by an orchestra divided into two sections in continual conversation with each other.

I was less impressed with the accompaniment to the Bruch 1st Violin Concerto which followed, the excellent soloist Kuba Jakowicz, played with a delicacy and finesse which wasn’t equalled by the orchestra. It’s not an entirely convincing work; for me a bit of a jumble, but the way the conductor urged his players to play loudly and coarsely, felt wrong.

I’m no musician and perhaps that’s how it looks in the score, but I have heard more mellifluous performances. I felt unable to stay for the second half – Tchaikovsky’s 2nd Symphony, which no doubt would have suited the open- hearted style of the orchestra. I see they repeated the same programme the next night in Warwick. They work so hard, touring orchestras.

Last week Manchester came to Bath. The Halle Orchestra ended the annual Mozart Festival with a quite superb concert of Mendelssohn, Mozart – his 17th Piano Concerto played with poise and appropriate detachment by Imogen Cooper and Dvorak’s New World Symphony. Sir Mark Elder’s reading of the Dvorak made the familiar work sound new. I shall cherish the detail and conviction with which they played the second Largo movement. It was breathtakingly beautiful.

Once John Barbirolli saved the Halle from extinction, when he returned to wartime Britain from his six years with the New York Philharmonic. Now Mark Elder – though the situation was nothing like as dire – has given a renewed confidence and recovered virtuosity to the same orchestra many years later.

One caveat however: the venue. The concert was held in Bath’s one substantial hall, an old art deco cinema now owned by a local Christian group. It’s large – all tickets had been sold, which accounted for an audience of 1,700. But the acoustics are not good and access is poor. That the city which celebrates its reputation as a centre of culture with a proliferation of festivals of one sort or another, has never ventured to build a versatile concert hall with the same enthusiasm it has developed its shopping area, is shameful.

But thank you Elder and the Halle for a wonderful evening and a fitting end to this year’s Mozart Festival. They were off to Reading the same evening for a performance the next day! 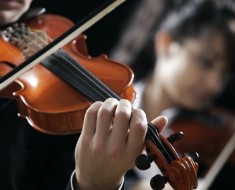