Benjamin Britten wrote three ‘grand’ operas and Gloriana was the third. It’s first performance at Covent Garden in 1953 ‘was one of the great disasters of operatic history’ in the words of the Earl of Harewood, who had commissioned it to celebrate the coronation of the young Queen Elizabeth. Britten chose as his subject the first Elizabeth and the ageing Queen’s conflict between love for the Earl of Essex and her loyalty to the State. (Such conflict between heart and head is apparent in so much of Britten’s music, with it’s public face but often private emotion.)

It was perhaps not an entirely tactful theme to honour the new young Queen. Moreover the audience assembled to hear it’s first gala performance were the slightly great and the fairly good, not many of whom perhaps were natural musical enthusiasts. The reception was decidedly cool, though later more discriminating audiences and some critics had more positive responses. Harewood adds that if the audience applauded at all it was ‘with their kid gloves on and the press, critics as well as journalists, gathered next day to castigate composer, performance and choice.

.’ But for many years the opera was unperformed and under a cloud.

Apart from a concert performance at the Royal festival Hall to mark Britten’s 50th birthday in 1963 and three years later a production at Sadler’s Wells, it was not until the early nineteen nineties that Opera North – based in Leeds – mounted a superb production by Phyllida Lloyd. It was revived twice and eventually transferred to Covent Garden for a brief and highly successful season.

Josephine Barstow was the Queen and Thomas Randle Essex, with many of the regular soloists of the Company singing other roles. The Chorus and Orchestra of Opera North were conducted by its then permanent conductor, Paul Daniel.

Barstow, though no longer in her best voice, gave an unsurpassable rendering of the main role with all of the passion and agony that the music demands. The production was recorded and I believe is still available.

I was so impressed by the work itself and moved by this production, that I saw it three times, the last of which was partly filmed for TV. That version is now available on DVD and I recently bought it. Only a proportion of the whole opera, centering on the main theme of the Queen’s divided loyalties, is included, and there is accompanying back-stage filming which I found unhelpful. However, the frisson of a stunning, one might say historic performance shines above the omissions and the distractions, and I shall play this many times. 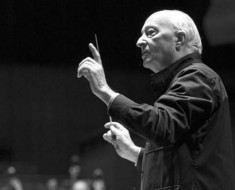