The centenary of Benjamin Britten’s birth really gets under way today . He was born on 22nd. November 1913. Someone claimed on the radio this morning that he is Britain’s greatest composer – a statement that Elgar enthusiasts might want to contest. I have read that ‘he is the greatest musical mind the United Kingdom has produced. Certainly he is our most prolific composer with works in the whole spectrum of music – Cantatas. Operas, Quartets, Songs, Symphonies; every known combination of instruments as well as original groups innovated by his own extraordinary imagination. 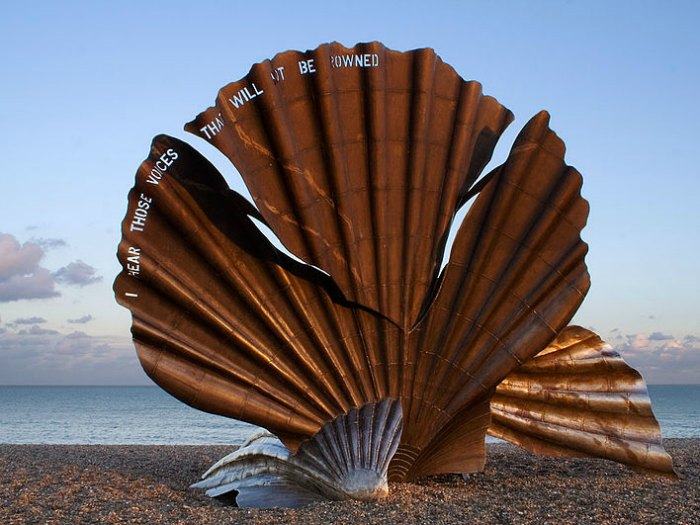 The internet has an inexhaustible supply of information and memorabilia about his music, his eventful life, his pacifism, his interest in socialism, his musical and personal partnership with the tenor Peter Pears, and his friends (and adversaries). He was one of the featured composers in this summer’s season of Promenade Concerts in London. He is on the programmes of many local orchestral prospectuses. London’s Wigmore Hall is celebrating a ‘Centenary Day’, the South Bank is devoting the whole weekend to talks about him, his period and associations and there are concerts of some of his music. Aldeburgh is of course going crazy with increased enthusiasm for its musical son.

It’s as if the anniversary has presented the opportunity to recognise a genius we had been aware of but perhaps took for granted. A constant in the musical scene for fifty years, the anniversary is proving an excuse not only to play his music and celebrate his brilliance, but also to revaluate him as composer and man.

I am amazed at his total commitment to composition. Even in his last years when he was weak with the illness that eventually killed him, he had to keep composing. It was a sort of dedication but also a destiny. And so various is that stream of works that its not so much a question of whether one is a follower of this composer, but more what of his enormous output impresses you. It’s the big works – Peter Grimes of course, but the Spring Symphony, the Violin Concerto and the War Requiem and some of the early simpler, tuneful music that attracts me.

I am limited in my musical appreciation – and knowledge – but I find I am often more impressed by his music than emotionally moved by it. My heresy for today.

But I shall be at Bristol’s Colston Hall this evening, listening to his Cello Concerto and will enjoy joining in the widespread enthusiasm for our ‘greatest musical mind’.