A long time since this journey through the 32 piano sonatas began, but then I have been otherwise engaged as well! My reservations about this monarch of all composers has been seriously challenged, as I expected it to be. A virtuoso of the key board in his own day until deafness intervened, one can imagine him sitting at the piano and experimenting with all sorts of possibilities before committing his ideas to paper. Unlike Martinu who I believe rarely corrected his first thoughts, Beethoven’s manuscripts show constant crossings-out and revisions. But the sense of seamless invention remains. Simply, he is just amazing, rivalled only by Schubert in his confidence about what he wants to do.

A lot of pleasure from my recordings derives from the pianist, Paul Lewis who says that he tries to make Beethoven the centre of his performance rather than himself. “I think Beethoven, when he writes, has a certain idea in mind, and he doesn’t care how he achieves that’ he said in an interview by the Los Angeles Times “He makes it your problem.

He makes indications of what you’re aiming at, but he doesn’t make it easy.” Whereas a composer like Chopin, Lewis said in the same interview, expresses himself through the notes on the score, with Beethoven there is much more. The famous ‘Hammerklavier’ sonata, for instance, he says, is about strain, and demands it from the performer. “The awkwardness, the extreme difficulty of it, is essential to its character,” he says. “You have to feel that you’re grinding, pushing yourself to the limit, and maybe a little bit beyond it.”

I have really enjoyed this exercise, and listening to the sonatas in order of composition, moving from the classical traditions of Haydn and Mozart to the more extrovert and surely autobiographical compositions of the late sonatas, is an experience in itself.

He travels beyond any received pattern, movements of an unequal length, just two of them sometimes, often (especially in the last three) with massive finales. In all this you meet the man.

I’ve just finished listening to those last three, all conceived at about the same time and in the last six or so years of his life. I was especially moved by the very last movement of the three, which is a sort of summation on all his music for me, but also the third movement of No.30 (Opus 109) which consists of six variations on a choral theme, with an exquisite quiet ending.

So, despite what I see as his aggression, if it’s possible to be re-converted, that’s what I am. Indeed Beethoven is, the ‘monarch’ of his profession. 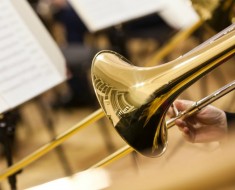