Ryanair has launched a new offer whereby if customers find a cheaper return flight on one of the routes included in this deal, Ryanair will pay double the difference between the air fare paid to Ryanair and the lower fare quoted by another low cost airline which should include, in both cases, all taxes, fees and charges, and exclude credit/debit card fees, baggage fees, web check-in/priority boarding fees or any other optional fees.

Although it sounds like a fantastatic offer, there are quite a few conditions in the small print which might actually make it quite difficult to find a cheaper flight. For instance, the departure time of the competitor airline must take place within 1 hour of the Ryanair departure times and in order to qualify for the “double the difference” payment, a passenger must book a return flight on www.ryanair.com and then submit the claim using the attached form (English only) to within 1 hour of making the booking, so you have to be very quick.

Furthermore, Ryanair will only verify competitor fares from 9.

00 to 17.00 from Monday to Fridays, so weekend claims are impossible as are any lower fare claims outside office hours.

Despite the fact that Ryanair chairman has said that he does not expect that his company will have to pay outmany claims during this promotion because his airline offers the lowest fares, the offer puts a limit of €100 (GBP £70) compensation on each claim. 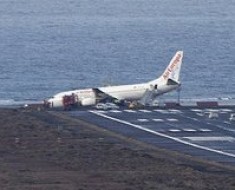