Some banks in Spain run a scheme under which old age pensioners who are home owners can receive loans from banks in the form of monthly payments of around 500 euros, either during a limited number years or for life. This way pensioners can top up their monthly pension. The banks can then be repaid either by the pensioner, which would leave the home free of debts, or the inheritors of the home.

This scheme which is only run by a few banks is called a ‘hipoteca inversa’ in Spanish which literally translated means an ‘a mortgage the other way round’. The loan is given with a fixed interest of around 6%.

Miguel Artazos, Manager of the Development of Financial Products for Ibercaja, explained in an interview in El Pais that this product converts a property into a financial support for those pensioners who have a limited income and find it hard to get by on their normal monthly pension.

He also said that it was a way that pensioners could receive extra income without having to give up their properties.

Following a fixed term the payments can then be extended for life. However this would incur extra costs in the form of an added insurance plan which could be as much as 18,000 euros extra.

Whether the payments are made for a fixed term or for life there are a number of other costs to be taken into account when considering this option like notary costs, a survey and valuation of the home, opening commission etc.

At present only a few banks offer this scheme and their terms and conditions vary widely.

The Spanish Minister for the Economy, Pedro Solbes, is looking into regulating ‘inverse mortgages’ by law. The main objective would be to offer greater security to the person taking out such a loan with the bank and offer more transparency. 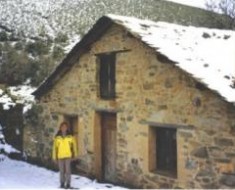