Number of Spanish estate agents falls by half in 6 months

Until recently town halls were worrying about how to stop estate agent’s opening up new premises now the opposite seems to be the case. The crisis in the Spanish housing market has led to many estate agents closing down and a high number of premises being left empty. In just over six months ten of the largest chains of estate agent’s in Spain have closed more than half of their offices and two large franchises have had to call in administrators and two are up for sale.

At the end of 2007 ten of the biggest estate agent’s in Spain had more than 100 offices according to the consultancy firm Tormo & Asociados which specializes in franchises. Today there are only three left with 100 or more offices and out of the ten largest companies the number of estate agent’s offices has gone down from 3001 establishments to 1,434.

The president of the Colegio de Agentes de la Propiedad Inmobiliaria (Coapi), Santiago Baena, said that estate agents need professional training and that recently many people had gone into business as estate agents without the necessary skills.


In fact many people who paid for franchises without the necessary experience have now been left high and dry. When the housing boom was in full swing it appeared to many to be an easy and quick way to make a considerable amount of money however now that the housing market is in crisis many smaller franchises have had to close down. According to Coapi many people were attracted by what they saw as ‘easy commission’.

Coapi believes that now only 30,000 estate agencies remain out of an estimated 60,000. Baena also explained that many firms and franchises operated with an aggressive strategy which contributed to disproportionate price rises in the housing market.

The biggest company Tecnocasa, which at one point had 1000 premises now only operates 415 of these.

The Catalan company Expofincas and the Andalucian company MC Inmobiliaria have both had to call in administrators. In fact, Expofincas, founded by José Antonio Galdeano, has accumumlated a debt of 10 million euros which it is now unable to pay back and another two of the largest chains, Fincas Corral and Don Piso, have been put up for sale.

One of the largest global companies in the housing sector, Coldwell Banker, decided to leave Spain altogether last July although it has not ruled out purchasing Don Piso. Gonzalo Bernardos, a lecturer at the University of Barcelona said that to be viable an estate agent’s needed to widen its business to include renting and the administration of estates. Baena also emphasised that it was desirable that estate agents were subject to a code of behaviour and certain norms.

He said that once this was in place many more smaller estate agent’s would close. 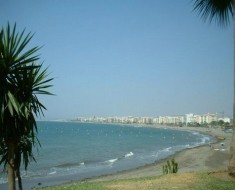