The length, size and number of mortgage loans in Spain continue to rise.

According to figures released by the Spanish Property Registrars Association yesterday, and inspite of the recent rise in interest rates, property-buyers in Spain are opting for longer loans and the average length of a mortgage in Spain has risen to 26 years and 3 months, that is six months longer then the average stood at the end of 2005.

The average monthly mortgage payment has also risen to 789 euros, 40 euros more than during the last three months of 2005.

And more and more people are taking out morgage loans according to the figures released by the Spanish Mortgage Association yesterday which indicate that during the first term of 2006 business in the loans and mortgage sector rose by 26 percent compared to the same period in 2005.

Average price of property in Spain.

Meanwhile house prices continue to rise, although as predicted the rate has not increased with respect to the previous year.

According to the Registrars’ report released yesterday, house prices in Spain have risen by 15 percent over the past 12 months which is exactly the same as the previous 12 months. The cost of new housing in Spain rose by 11 percent, considerably less than resales where prices rose by over 19 percent.

The average price of property during the first term of this year was 1,916 euros per sq metre. 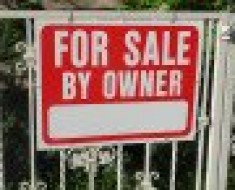