This has been the week when Britain, if the media is to be believed, went ballistic over the birth of a baby. And it wasn’t only citizens of the U.K. who were fixated. There were seventy cameras trained on the Lindo wing of St. Mary’s private hospital in London waiting for news of the safe delivery of the first child of the Duke and Duchess of Cambridge, with commentators from around the world working hard at maintaining interest in the expected event, when for several days there was no news to tell.

Today’s newspapers have front page photos of the baby’s parents cradling in their arms the small infant, only hours after he had been safely delivered, with pages of special features. The Daily Mail’s caption above a full page photo of what little can be seen of the little boy, assumes that the glimpse of his hand is in fact a ‘royal wave’. Even the normally rational Guardian was uncharacteristically unbuttoned about the whole event (a correspondent in today’s edition deplores the fact).

There have been hints of irony in the coverage on the radio and television (the British can laugh at themselves, but in this case only quietly) and references to the royal dynasty (the baby is the third to succeed the Queen) versus democracy have been aired.

So much attention has been given to such a normal event, yet in this context it is one of abnormality, for this baby will grow up in a highly privileged social ghetto, as part of a large extended family supposedly representing the nation, and yet living the sort of life denied to the vast majority of their ‘subjects’. Nobody has appointed them to this peculiar status; they are the accidents of history imposed upon us.

William and Kate seem to be a charming couple and have won interest and even affection from many people, and no one – even an elderly grudge like me-can deny their evident pleasure in being parents for the first time.

We have been there too, as have the many other new parents who have borne children at this time. These two deserve some quietness from the unrealistic expectations heaped on that little life, who is already referred to as a prince.

Despite being quite used to supporting lost causes, I have nevertheless celebrated the occasion by signing up as a new member of the Republic Campaign. 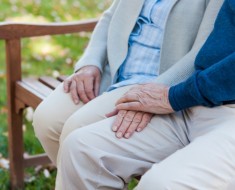