‘The University of The Third Age’ sounds more mind-stretching than it really is. It’s a national organisation in the U.K. and although each branch is answerable to the parent body, local groups do as they wish. In Bath we have a monthly meeting for everyone with a visiting lecturer, and more than thirty seminars meet fortnightly for particular studies. The group I belong to study European issues and Current Affairs. There are social events and visits to places of interest. By such means several hundred older people in our city work at keeping mentally alive!

I see that a U3A group of eight women in Brent, London, have taken part in a nationwide survey looking at how women over 60, are treated by contemporary Cinema. There has been almost no research in this field. The only major work of mainly American films from 1927 to 1995 was published in 2000. The researchers then concluded that most of the films that featured older woman in a leading part presented them in a handful of stereotypes, such as rich dowagers, frustrated spinsters, and housewives and mothers who were either down-trodden, domineering or angelic.

The Brent group concentrated their study on thirteen recent British films. They looked for the physical images representing age, the health of the characters, their relationships with a partner or children and young people in general, and whether they had an occupation outside the home. In eight of the films the plot centred on a rivalry between an older and younger woman. Subtle camera work emphasised this by concentrating on gnarled hands or lined faces in contrast to the smooth beauty of the younger women. In only two of the films was there a supportive relationship between the generations. Widows were eccentric and whereas in one film, the older woman was sexually active, she is condemned by the other characters and humiliated by them.

The research project was small, concentrating on a very specific subject but, it took the group six months of quite intense work to complete, but ‘it was worth it’, they say, and they came to the unsurprising conclusion that whilst there is now less stereotyping, there are few films that reflect older women’s real lives. Their work came to the attention of Dr. Josephine Dolan of the Cultural Studies at the University of the West of England. She convened a Conference to examine the images of ageing women in the media from a woman’s point of view. The Brent group were invited to present the conclusions of their research as part of the conference programme. The British Film Institute worked with the group and has published an on-line guide called ‘Older Women in Feature Films’. 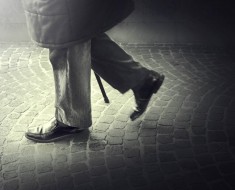