We live in a community where people are not shy in sharing their personal story.Two of our neighbours routinely catch up with the latest news over the garden fence as they hang out the washing, for example.

On my way home from my allotment yesterday I passed by the house of an eighty year old man who attends the same exercise class as me. He was painting the railings of his house and in five minutes told me that maintaining it kept him busy, that he had a long privet hedge he keeps tidy and what a nuisance it is, that there had been trouble with the gutters which have now been dealt with and that the Council had never consulted with local householders when they laid a path across a field to which people have access as they pass by his house (which was what I was doing), and that that could be annoying sometimes. ‘Well’, he said, ‘it keeps me active’. Knowing him a little, I felt after five minutes, I knew him quite well.

My wife had a similar experience on the local bus the same day.

Getting on board with our daughter and two year old grandson, there was this elderly man looking on them fondly. ‘I’ve got a GREAT grandson!’, he said. There was a pause, then, ‘and they’ve called him after me’. Another pause. ‘Mind you, they were on to a good thing because they needed to borrow £20,000 to help them buy their house’. He went on to refer to the so called ‘good old days’. That’s rubbish’, he said. ‘THESE are the good old days. I’ve never been so well off as I am now. Nor you I expect’, he said, pointedly looking at my wife.

Julia Neuberger’s book ‘Not Dead Yet’, which I am reading, is subtitled ‘A Manifesto for Old Age’, and the book is full of anger at the way older people are often treated. But it’s also full of people’s stories, some of them sad but some full of joy.

Pointing out the deficiencies in the British system of social care, she also identifies the natural resilience of older people and their capacity to live differently as they age, but to live well. Socialising is so important she says.

As we experienced that day! 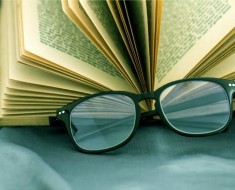