It was the lament of an elderly friend. She is 81, lives alone in a second floor flat with a long walk into town to do her shopping. She had a hip replacement a year ago and is now warned that it was not very successful and she may have to endure a second operation. She is a spirited person and doesn’t give up on her life easily, but this hard and tedious British winter, with frost and snow preceded and then followed by drenching rain, has been too much for her. No one likes grey days but when you are yourself feeling grey, even when you are as sparky a person as my friend, it’s hard to avoid the depression that can accompany a prolonged winter. And it’s only January!

The cycle of the year affects everyone but perhaps older people are less resilient when the weather is severe, as it has been throughout Western Europe over the last couple of months. One becomes more aware of the niggling inconveniences of age. You don’t hear as well as you used to and when fog and frost muffles people’s voices you get tired of asking people to repeat what they have said.

Your eyesight isn’t as sharp as you would like it to be and as you cross a busy street you may miss a sudden movement of traffic and be in danger. Your digestive system has been playing you up, partly due to holding yourself in as you battle against the cold, perhaps.

But then you wonder if it is the weather or is it all part of the inevitable reduction of health as you age? ‘Is there really something wrong with me?’ you ask yourself, as you struggle to keep warm in bed at nights. ’Does it mean another visit to the doctor’? He or she may say the usual mantra: ‘I’m afraid it’s your age’, which in this context could be a relief. But what if there is something more which could involve you being referred to the local hospital; a long wait before you are given an appointment, and perhaps eventually discovering an unwelcome diagnosis.

Better to worry about what might be than to find out what is?

Too much time to think and too little opportunity to have creative leisure can be a burden of this passing Season. But it will pass. Spring – more or less – is on its way! If this is a bit how it is with you, buy and eat a favourite food. Go and see an unlikely film. Invite yourself to visit a friend. Look through an album of old photos and celebrate the good days. Be with people. Re-read a favourite book. Book a holiday.

…..and if you are really desperate, write a blog! 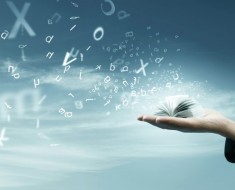