People keep on asking me how I am. It happened in church yesterday morning. Naturally I had been asking people how they were. A lot of our members are elderly and in some cases, frail. They responded to my question and there was talk of visits to the doctor’s, sleepless nights and the occasional minor accident, and in  one case the shock of finding that a dear  frioend had died and a favourite doctor had left the surgery. They then invariably turned to me with genuine concern, saying ‘but how are you?’ Ever since I started using a walking stick there is this solicitous enquiry about my wellbeing as if I am likely to collapse at any minute. ‘But how are YOU?’ is becoming a mantra, so much so that in one case after I said that I was alright, there was a sort of accusing reply fromr my elderly friend, ‘oh you always say that’.

I’m quite good at making lists – things to do and people to contact, but to burden people with a list of my aches and pains, the gathering cloud of old age which hovers over me, would take a lot of time and be very boring.

LIke I have osteoarthritis in various places, I don’t walk as well as I used to and for as long, there’s not so much hair on my head (well, hardly any) and on my chin  the beard is grey whereas once it was black, I drop things easily, my memory is slow or doesn’t function at all , my spelling – never much good – is now deplorable and the dictionary has to be near at hand, my anger at  injustice instead of simmering can now  boil over, my hearing is poor, even with the little aids  I have been given (they keep on falling out), at night sleep can be hard to come by, yet as I read a book during the day I can nod off or read the same paragraph again and again but without understanding.  Enough. I have made my case.

To tell people how I am, would be very boring indeed.

Obviously In people’s minds I register as an old man whom people need to keep an eye on. In the street and on the bus sometimes people make way for me or smile at me as if they approve of me  being alive and recognise that its quite an achievement. It isn’t. Complicated, yes, but as I stagger through town I see brave and severely handicapped men and women, really old some of them, who with extraordinary courage, determined out of necessity perhaps to maintain their place amongst the community to which they still belong.

The ‘Last Age’ can be difficult but to be alive is good. So, I AM, alright. 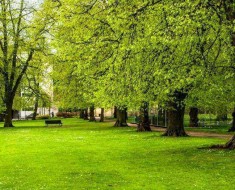