Looking for something else in our filing cabinet, I came across some correspondence that I hadn’t seen for years. The oldest went back to 1956. As a theological student I had the opportunity that summer of looking after three country parishes in New York State for three months when the pastor took a party of young people to Europe. I was inexperienced, and had no knowledge of rural America. Foolishly I prepared all my sermons before I got there from the perspective of a middle class English background (someone said ‘I don’t understand what you mean but I just love to hear your voice’) and in every sense I was a novice. The immensely capable pastor’s wife was around to advise me, people were very kind and somehow I managed. Did that really happen to me?

And then I found the copy of a long letter I had written in response to someone who was doing some research on a church campaign I had been involved in during the 1980’s, which advocated major administrative changes.

It had been an emotional and tenacious affair, involving about a hundred of us. To us it was about social accountability and the use of power. We felt we had a cause worth fighting for and did so despite great opposition, for it would have seriously affected the status quo, or to be more specific, would have disturbed familiar church structures and those who maintained them.

We were almost successful. Our proposals were accepted in principle, but then when it came to final voting, were rejected. It was terribly important to us at the time, and reading the story again I am amazed that it was and – even more – that amongst all my other work and commitments, I found the energy and ambition to pursue what a cool head might have advised was a no go-er, as many people did. Did it really happen to me?

Another letter came out of the blue, written by someone who I’d had no contact with for twenty years.

He had changed jobs and was about to be ordained as a Methodist minister. Reflecting on what had led him to that position, he saw the times he had worked with us as a student helping to run a holiday play scheme for local youngsters, as a formative influence, and he wrote some moving words about my contribution. I and the work we were doing had made an impression on him which lasted over many years. ‘You won’t remember me’; but I do. Did that really happen to me?

I find it difficulet, this connection between what was and what is. Of course it WAS me : all the things I did and were done to me really took place. But it does sometimes feel that it all happened to someone else. 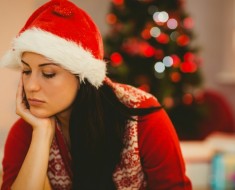