There has been a lot of controversy in the U.K. about the Budget, which was announced by the Chancellor last week. The Guardian’s Economics Editor called it ‘cynical, deluded and regressive’. Today, writing in The Observer, Will Hutton (Chair of the Big Innovation Centre) says the budget was ‘littered with dissimulation and sometimes near-lies’

The usual question of who comes out of the budget best has been concentrated this year on whether the winners are the rich and the losers the poor, especially the poorer pensioners. Much of the content of the budget was leaked over several weeks. But there was an exception. The £3.25bn saving on the pensions of 5m senior citizens now commonly known as the ‘granny tax’ was a mere footnote in the Chancellor’s speech. The press has been unusually united in its condemnation of this, casually described by George Osborn as merely a ‘tax simplification’.

Many pensioners are in poverty and the budget did little to remedy this inequity, made more unforgivable when compared to the reduction of tax for the wealthy and the various incentives to the business community.

‘Better business’ is the mantra of this government, as if all the ills of society can be dealt with if there are more enterprising businesses free of too much fiscal restraint.

There are 10.3m people in the U.K. who are over 65, nearly one in six of the population. Most pensioners of my generation however are fortunate. We have free health care, free bus travel, freeTV licence and winter fuel payments. I have an age-related allowance and it’s this that Osborn is to restrict from next year. Because of the low interest on our limited savings our income from that direction is effectively nil, but the corollary to that is the interest on our mortgage is low as well. When our daughters went to University they did so without any cost to us or, as is now the case for young people, as debtors to the state.

We are also more likely to vote at elections than other sections of the public!

However there are glaring omissions in the budget quite as alarming as the legislation affecting senior citizens. No measures were announced to deal with the million young people who are unemployed and there are new restrictions on welfare payments to people without work or who are disabled, in some cases maligned by the government as ‘work-shy’. For both groups as well as for pensioners, there is little opportunity to improve their situation. 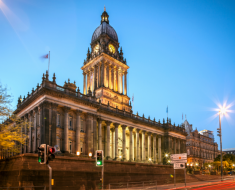