This effectively is the question the government is about to ask the British electorate. A special statistical research unit has been set up to try and assess the wellbeing, as it’s called, of the nation. People will be regularly polled on their subjective state of being which will include a gauge of happiness and a more objective sense of how well they are achieving their ‘life goals’. Apparently in Canada and France they are thinking of doing much the same. Its one of President Sarkozy’s bright ideas.

According to a government source ‘the aim is to produce a fresh set of data, some of it new, some using existing data…to be published – at a frequency to be decided’ (though quarterly has been suggested) – ‘that assesses the psychological and physical wellbeing of people around the U.K.’ There are said to be different views within government on whether all indicators should be shrunk into one single wellbeing indicator or simple happiness index.

Many of the Coalition’s ideas, turned into policies, seem to be written on the back of a postcard, and this must be a very small postcard indeed.

Apart from its naivety, its impertinence and its ignorance of how people relate to each other and what they expect of government, it verges on the farcical and reminds me of the scenarios of some of the comic films of the 1950’s. It turns the electorate into objects of study and can only have been thought up by someone whose background is in public relations, which is where the prime minister comes from.

Yesterday David Cameron said he had strong instincts about what would improve people’s lives – things such as freedom of choice in education and health care, having a job because of its importance to the ‘soul’ as much as to the bank balance and contributing actively to the local community.

He wanted to put these instincts into ‘the practical test, so we really know what matters to people’. At a time when doctors without administrative skills are being told to manage the health service; our local school in a poor part of town is being shut down where others in more favourable areas are being maintained; students struggle with huge debts; local councils are cutting social care; and people are being put out of work across the whole spectrum of society, one wonders if, with the alcohol of power, sense has gone out of the window.

The peril of old age is to feel that one is no longer living in a world one recognises. Perhaps on this matter I over-react. But George Orwell and Aldous Huxley would have had something to say about this new Brave World. If anything of value comes out of it all, I hope the message will be heard by the government, that their prime job is to rule wisely and justly, not to find out how happy we are. 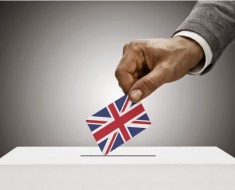