The problem of being addicted to drugs and unable to be free of them as you grow old is a situation which I have never thought about before. There was an article in The Guardian last week which raises the issue. In Rotterdam there is a unique retirement home for drug users who, whilst they are encouraged to use fewer drugs, are provided with a place to live their last few days in dignity. But it’s the only one in the world, and as far as I know there’s certainly nothing like it in this country. It is this fear of ending life in a care home with no provision for continuing drug-control,that apparently haunts older people who are addicted. Someone who is permanently on methadone is quoted in the article as saying: ‘Getting old is worrying for many people, I know that. ’But if you are an addict then there is this consuming fear of being powerless’.

John Moores University calculates that there are now around 70-75,000 addicts aged over 40 in the U.K. Generally regarded as a youth problem and with the necessary provision to support younger people, there are no such arrangements for old people who, because of their addiction, age more rapidly than others, and are also likely to have an early onset of dementia.

Public services are not geared up for such people. Moreover drug users face a grim catalogue of serious health problems as they age, and need to take more medicine as they face other health problems. ‘Sometimes they don’t remember to take their pills’.

The article continues with a series of interviews painting a disturbing picture of an horrendous old age of the sort that these blogs try to balance with information and experience, regarding the last years of our lives as positive and fulfilling, but at the same time facing the reality of diminishing powers and opportunity. The Guardian’s article also points to the lack of fully qualified staff in residential care homes, a fact known to be abundantly true in my own experience.

The U.K. coalition government’s drug strategy is that every addict should be helped off all drugs, including methadone which whilst often prescribed to deal with opioids (the world’s oldest known drug), can itself become addictive, tolerance and dependence usually developing with repeated doses. But there are these concerns that that it is much harder for older users to get clean than younger addicts who have not been using drugs for so long.

Old age and how we shall manage it is every one’s anxiety, and for some of us a daily challenge. Wondering how to cope in the latter days of life with a body harmed and a mind confused by drug addiction, must be, as indeed this article stresses, very worrying indeed for people so affected.

The rough and unready reforms now being imposed on the U.K.’s National Health Service is unlikely to make provision for this or indeed any other particular need. 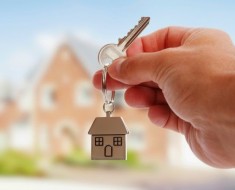