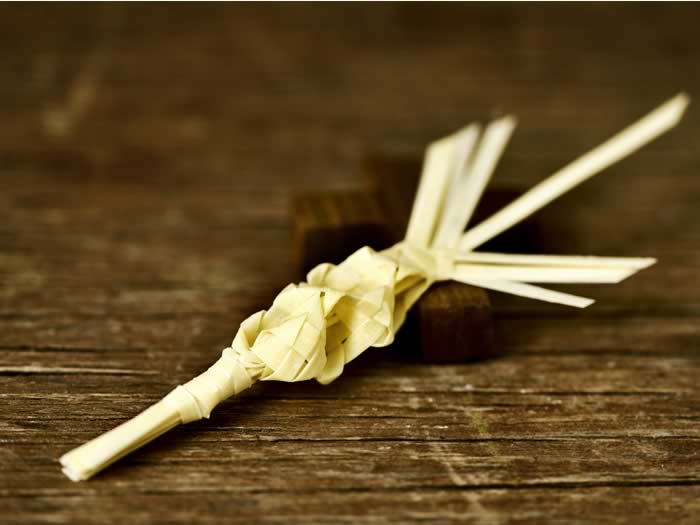 Jerusalem was quite a small city compared with some in the ancient world but it was massively populated at the time of the festival of Passover. It was the ambition of every Jew to get there at least once in their lifetime. It was packed with happy people remembering the flight from Egypt, Yahweh accompanying them on their travels and the eventual settlement in their new land, great for them, but hard luck for the Canaanites who were already there. The end of captivity once – oh that it could happen again! So it was a time of heightened religious fervour as people filled the streets and the homes and inns of the city.

A sort of Mardi Gras festival, but without the music.

St John tells us that Jesus had been to Jerusalem before (indeed John puts the cleansing of the Temple at an earlier time), but this was certainly his last planned visit; the victim believing that he was in a sense dictating the awful things that were soon to happen to him. No surprise that when the death of Jesus was told years later and in the process interpreted, there should be thoughts of the sacrificial lamb. There is something terribly innocent and vulnerable about the way this good man presents himself; something unbearably ironic about the way that he was welcomed by segments of the great crowd, some members of whom would be baying for his blood a few days later.

In that much larger crowd there would have been pilgrims from many parts of the Mediterranean world, brought to Jerusalem by their common ancestry but, especially because now they lived in other places, they came as people influenced by Greek and Roman as well as Jewish culture. If one can very roughly summarise the distinctive elements in those cultures, the Jewish mind was firmly rooted in the mighty acts of God throughout their history. It was a culture of facts, fables about facts, there present with them in the synagogue every Saturday as the scrolls were opened and their adventures with God were remembered. It was a religion of body and spirit and deep defining connection with the Living God, who was their god.

The Roman culture, as at this time the divinity of its ruler in Rome was being explored, was oppressive to its conquered territories, expecting obedience or at least honour to be given to their many gods, though the Romans acknowledged that many peoples had many different religions.

They brought with them a physicality and a carnal indulgence that put body before spirit. Interestingly they were quite happy to enrol conquered nations and tribes into the Roman family. Ethnicity was no problem to them, and Rome was particularly – warily perhaps – respectful towards Judea, much the smallest of its vassal states.

But for both cultures, a dominant influence in their awareness of the world around them and the hidden world that may also exist, was the Greek tradition for which material reality is suspect and spiritual reality the real thing. The old Platonic idea that what you see is only a parable or allegory of what is beyond sight, was very powerful in people’s consciousness: what is beyond was the real thing. In the several sects that grew out of the Jesus story after his death, it wasn’t the truth that you see that was important – many people said -but the truth that lay behind it. So much so that some sects decided that Jesus wasn’t a real man at all, but a figment of God’s imagination.

And it’s that sort of wisdom – the kingdom that will never come, a kingdom beyond reach – which Jesus resisted with his gospel of the come and always coming Kingdom. St. Paul compares the hidden wisdom, never to be found in this life, with the apparent ‘folly’ of clowning Christians to which you and I belong. Real wisdom! And it’s the folly of believing in the Palestinian peasant who rode into Jerusalem on a donkey and died on a cross, a terrible death and the public sign of villainy and shame, but at the same time a sign of forgiveness and hope, that we come to meet in this and every Holy Week and whom we meet as we gather before his table to remember him.

Paul was no ignoramus. He was almost certainly a Pharisee by training, a Roman citizen and proud of it and fully aware of Greek culture and language; his letters probably written in the form of Greek familiar to the Jews. This was the common language of the civilised world at that time. He confesses to the Roman church that he is a debtor both to Greeks and to the barbarians, saying several times of course that in the end it doesn’t matter who you are or where you come from, for all can be one in Christ.

So he was aware – as was Jesus – of this Greek idea of sliding away from what you see to what is beyond sight. It could be helpful but if shrouded in irrationality and mysticism, it was dangerous. For Paul, Jesus was a real man who died a real death and although much thought had to be given to what this meant, spiritual reality was not to be divorced from spatial reality. What had actually happened mattered. A real man and real events – not just signs of God but God himself in action. And so this whole topsy-turvey thing – a leader who many would like to protect from his own innocence rather than follow him; a leader who says that the new way to be human is to put away the sword and face aggression with love; the leader for whom strength is found in fragility- is such a strange idea that many generations of his followers have resisted it and found another way, turning to the familiar macho world of authority and power.

By the second century the religious perceptions of Jesus were already being distorted The normal social hierarchy practiced in the Roman tradition and everywhere else became the way the young Church organised itself. In the name of unity, Episcopal power and the separation of the church into clergy and laity quickly became the way the Church organised itself. It reached its final devastating error when the Emperor Constantine’s soldiers scratched a cross on their shields and went into battle crying by ‘Christ we conquer’, and its apotheosis when the Popes claimed total religious and temporal power as vicar of Christ on earth. Unity interpreted as control became the objective, but it also became the excuse for condemning every deviation from the embarrassingly simple ways of Jesus. And we live with the consequences and remnants of all that.

So how do we relate in 2012 to the man on the donkey, on this April Fools Day as he comes into his own? We embrace him and all that he represents on this strangest of days. For here is the authentic moment in which our truth is born. Hosanna indeed – ‘God save us’! -the God who in the triumphal entry of his Son into Jerusalem redefines greatness as gentleness and humility, revealing the true priorities and nature of God.

It is a quiet and difficult belief to share in our noisy, macho world which is as devoted to brutality and violence as at any time in history, where governments wage war in the name of democracy (which can only ever be learned not imposed), their leaders refusing to doubt their own rightness – indeed righteousness ( listen to people of faith when they say ‘I believe; but listen very carefully and critically when politicians say the same), and where factions within a country fight each other for dominance, and the little people between them are smashed into death or poverty.

Some of us may become or continue to be pacifists arguing that the Christian cannot take arms –the earliest Christian tradition. Others may be nuclear unilateralists. Some may join the opposition to the renewing of the Trident, unable to agree with the argument that it is logical to prevent other countries from possessing what this country is upgrading. Some may find the constant diet of violence and sexual innuendo on TV and in the media a form of aggression which they want to resist. Some of us will want to seek a 21st century reform of the Church so that people of all insights and opinions who want to share life with us and enrich our fellowship, will be welcome – Jew, Greek, slave, free, male, female as Paul said , adding for today, black, white, heterosexual and homosexual, rich and poor.

All of us will want to compare our own values and behaviour with this astonishing moment that we celebrate today- an intensely political moment when the powerful are challenged not with might but with meekness. This is the new wisdom, plain not hidden, a present invitation not a some-time promise. Paul again: ‘Jews demand signs and Greeks desire wisdom, but we proclaim Christ crucified, a stumbling block to Jews and foolishness to gentiles, but to those who are called, both Jews and Greeks, Christ the power of God and the wisdom of God. For God’s foolishness is wiser than human wisdom. And God’s weakness is stronger than human strength.’

A good man, more close to God than anyone else has ever been, rides calmly into Jerusalem. that maelstrom of memory and hope, at Passover time. The simple cry of an evangelist – ‘come back to Jesus’ – is never more apposite than it is on this day. 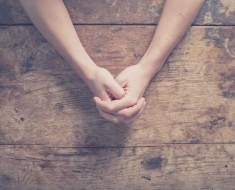 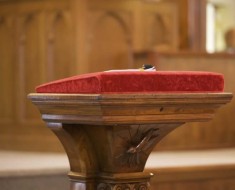