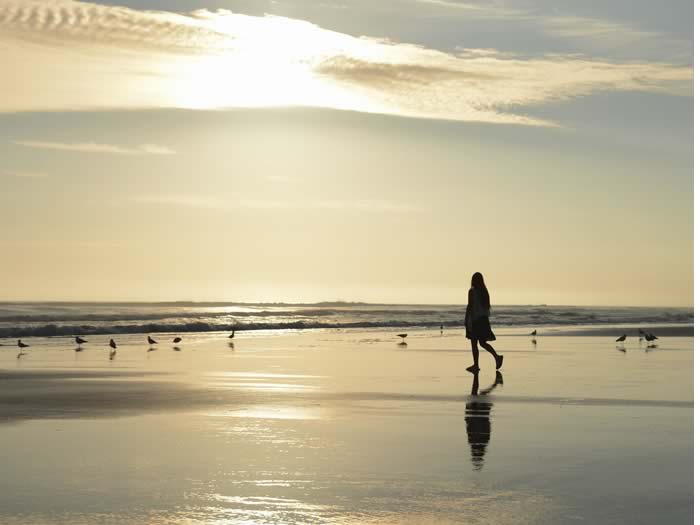 Suffering is a fact of life. However rich you are or poor, however bright you are or dim, however wise you are or foolish, however healthy you think you are or you are a well practiced hypochondriac – just the fact that you are a human being means that you will suffer the slings and arrows of outrageous fortune.

It’s part of the contract of creation and if particularly painful for humans it’s true of the animal kingdom as well. And yet it troubles us – the pain itself but worrying about it too. We wish it wasn’t as it is, and we wonder why it should be so.

C.S. Lewis was a distinguished literary scholar who became a foremost Christian communicator in the earlier years of the last century. He is particularly remembered for his book ‘The Problem of Pain’ published in 1940, a problem he identified for anyone who believes in a beneficent God.

He outlined the problem in this way -“‘If God were good’, He would wish to make His creatures perfectly happy, and if God were almighty He would be able to do what he wished.  But the creatures are not happy.  Therefore God lacks either goodness, or power, or both.’  As I remember the book acknowledges that if this is a problem (and for most of us it is), there is no satisfactory solution to it.

One attempt to solve it – and its there in two of our readings – is to envisage a battle going on between God and Satan, seen as the struggle between good and evil forces. Uncertain about some things, I think clearly on this one. I agree that the satanic myth could be a useful way to express that struggle, but a highly dangerous one if you build it into or against your doctrine of God.

As Jesus almost said to Peter, ‘get that whole idea behind you’. There is for me very limited mileage in terms of picturing God faced by a powerful adversary, imagining that suffering is caused by some anti-God.

There are many vivid poems, stories, paintings and indeed theologies suggesting otherwise, explicitly in the story of Job – the good man tempted by a series of appalling disasters into forsaking God. But it’s hard enough for most of us to get a convincing picture of God in our minds without having to cope with the fantasy of some evil power looking at us over his shoulder, planning disaster, causing distrust, affliction and despair. It works for some people this personification of evil for it can feel like this when you feel everything is stacked against you, but it doesn’t work for me.
The readings then have this ne thing in common; they are all about suffering of one kind or another. We are deeply troubled that there is so much suffering in the world, especially when the innocent are trampled on by some disaster of flood or fire or by the aggression of war or when the poor are made poorer by bad government decisions as they are today. ‘ I can’t look at the news any longer’ people say, ‘with so much suffering’. As I remember C.S. Lewis comes up with some ideas but no convincing answer, any more than poor Job who ends up with the conclusion that ‘God knows the answer but I never will’.
Yet still we ask the question – a question raised to the heavens, more than to the intellect. To God. It’s as if we have permission to do so. The Job experience opens op the idea of protesting or arguing with the almighty. There is so much that we don’t understand. The old advice – ‘take it to the Lord in prayer’ is good advice. But having done that there are still insolvable problems we live with. ‘Why have you forsaken me?’, Jesus said from the agony of the cross as he prepared to deliver his soul to God.
One attempt at an answer is to suspect that you – or the person you love having a bad time – have done something wrong. Guilt has always been part of the religious baggage we carry with us, a big part of our worship; too much so. We have forgotten the quite extraordinary approach of Jesus who invited the guilt-ridden, the officially designated sinners in society, to begin to live with an approachable God and with him to learn a new way to be human. For him ‘repentance was more than saying sorry, it was a movement to somewhere else. To the reign of love : the ‘kingdom’ where righteousness reigns.

Ralph Josselin was the vicar of Earls Colne in Essex for over forty years and in his diary he wrote about the rural community he served and about himself. On February 23rd 1648 he wrote that the death of his ten year old son was in part a punishment imposed on him by God because of his excessive fondness for chess. I’m sure he was a very good man and we can be sorry about his son, but might want to have a theological discussion with him to persuade him that his minor problem of addiction was not a punishable offence. Yet his reaction – ‘what have I done wrong that this terrible thing should happen?’ is a fairly normal response to personal catastrophe and is a frequent expectation in the Jewish scriptures but strongly denied by the Job story, the whole point of which is that he is a virtuous man on whom dire calamity falls.

Its one of the first bits we have to work out from the religious inheritance handed down to us. A brief thought about the death of Jesus and the situations that preceded it, should make it clear that there is nothing simple about cause and effect; he didn’t deserve to die. I suppose it’s a part of the ‘never grown-up’ child in us, and just as we expect our parents to be protective and fair to us, we expect the same from God our father. Even the most vindictive parent doesn’t ladle out punishment in extremis, nor does the most indulgent parent protect us from adversity. The same is true of God.

There is no easy doctrine of rewards and punishments. God is not the great lawyer in the sky dolling out whatever he sees as just. There is a strong element in some of the Jewish scriptures that one generation may have to pay for the sins of a previous one. But whilst it’s true that there can be apparent consequences of bad behavior that result in injury to us or to others, that’s not the same as saying God punishes us. A blind person came near to Jesus; the disciples noticed him, and using him as a test case in the never ending theological dance, asked Jesus ‘was it this man’s fault that he is blind or his parents’?’ Neither’ came the reply as Jesus proceeded to talk to the man as himself rather than as someone else’s doctrinal conundrum, and healed him.

There is a generality of grace that embraces all people and gives no guarantee of punishment for the villains or special protection for the good guys. When his disciples asked him who were going to be the top people when the kingdom comes, Jesus talked to them about the good things all of us can do for each other; about being servants. Goodness is doing good for love’s sake, not so that there’s more chance of gaining God’s approval and protecting us from suffering. We know that, but perhaps it needs to be said. We say of ourselves sometimes but even more when we are sensitive to the suffering of others who have been good people but have had more than their share of suffering, ‘it’s not fair’. But that’s how it is.

Primitive people know better perhaps than sophisticated capitalists like us, that nobody has a life entirely of their own, over and against other people’s lives. Each of us has social links with the people who live near to us and the friends we have made through the years, just as to an alarming degree we are biologically connected to the genetic composition of our parents. The recognition of our inter-dependency may come slowly to us whereas pre-scientific people assume without question that individuality is bound up with commonality. Small wonder that in the scriptures people look back into history to explain – or excuse – suffering.

We have to face a lot of what I regard as bad theology – such suggestions that we are always the cause of our suffering, or that suffering is caused by a malignant power. If God is the great controller, organising, checking up on everything, sole director of our lives, then you are back with the old idea of suffering as an instrument of his government. But if you see God through the powerlessness of Jesus, our grief at the suffering in the world and the pain we carry in our own hearts is more subtle and requires not the blind faith of certainty but the open faith of new possibilities. God only knows to what extent he is involved in the consequences of our failures, but he is certainly involved in our movement towards better things, to which he always draws us.

Simply, my positive statement is that God doesn’t ‘send’ suffering. It does happen, part of the contract of being human. But God interprets and uses suffering for your good and the good of others. Jesus seems not to be interested in the theory of what it all means, but the practice of how we can move to a better place or perhaps stay in the same place – some physical suffering gives us no other option – without despair. There is that extraordinary and much debated phrase in the Methodist Covenant Service ‘Put me to doing, put me to suffering’ which suggests that these two are contrary to each other; they are opposites. In fact the suffering and the doing belong together

William Law, the formidable eighteenth century Puritan who had a great influence on John Wesley, wrote ‘whatever seeming calamity happens to you, if you thank and praise God for it, you turn it into a blessing’. You might think that in some cases that’s an impossible thing to do. But with the idea of taking what comes, believing that there is something else, God can indeed be praised and hope can be born. And that is the experience of many people who have been through the fire as Job and yet have emerged as people who believe in a God as ‘good’ as C.S.Lewis portrays him, but devoted not so much to our ‘happiness’ as to our maturity in faith. And there will always be blessings. 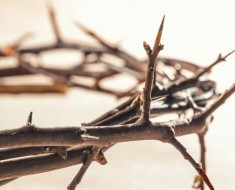